Yesterday, the Metropolitan Opera posted a Facebook video (embedded at the bottom of this post) highlighting two members of their stage management staff: Production Stage Manager Ray Menard (who also happens to be the president of AGMA, the union for this genre) and Stage Manager Terry Ganley.

There is no one way to stage manage, and opera in particular is different from other genres. I thought it would be good to add this to my Opera Stage Management 101 Series, and give my thoughts on what I see. (I mean, besides the thrill to see a backstage again, and ogle over how others do things...) 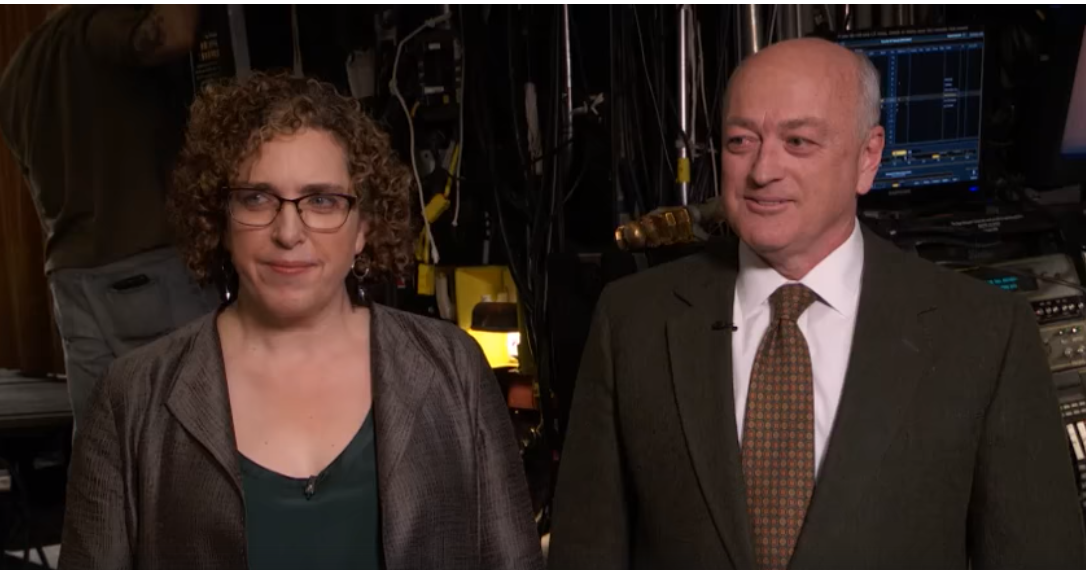 This production is obviously quite large and with more of a budget than the productions I do. For Turandot, Ray is calling the show, and Terry is "rallying the troops" as she calls it, making all of the Places/Paging Calls, and checking that everyone is there. In my experience, the calling stage manager is also the one closest to the paging mic during performance. I make those calls myself (if PSM), with the timing depending on the venue; I'll usually start with five minute calls and see how that works. The assistant stage managers would have this timing in their scores, as well as an additional two-minute notice. If they don't see the appropriate personnel, they might ask me for a re-page. The luxury shown at the Met is that it doesn't matter what cueing sequence is going on, another SM can talk over it to do the paging. That would be so nice!

Other things to watch for in this video:

Beginning - the curtain seems to be automated, as you see a green light come on as the cue is called. Feel free to correct me in the comments, but this appears to be opening in tableau style (diagonally pulled up).

0:30 - The chorus is cued offstage for a line. Note the use of a battery-operated glow stick to be seen well. By my experience, this person would be the Chorus Master, who is watching a video feed of the Maestro/conductor. I love using glowsticks, especially for big group entrance "GOs" as well.

0:40 - In a busy sequence of standbys, by my hearing, Ray also does a paging call for both performers and props crew.

1:45 - A fun interview starts. It's always interesting to see how much performers "get" of our jobs. Terry isn't quite sure what is referred to by the Call List, and then they closeup (3:18 if you want to pause!) on some paperwork. Terry then goes on to explain her paging needs.

Have a look at their Facebook video (if the iFrame doesn't work, it's also here):