We’re currently doing theatre (The Hunchback of Notre Dame for New Paradigm Theatre) in a venue that usually hosts rock and roll concerts. My lighting designer Elizabeth M. Stewart has done some great work finessing their limited system/rep plot, with moving lights and a lighting console that works a bit differently than many of those in traditional theatres. Meanwhile, the board has us cracking up. 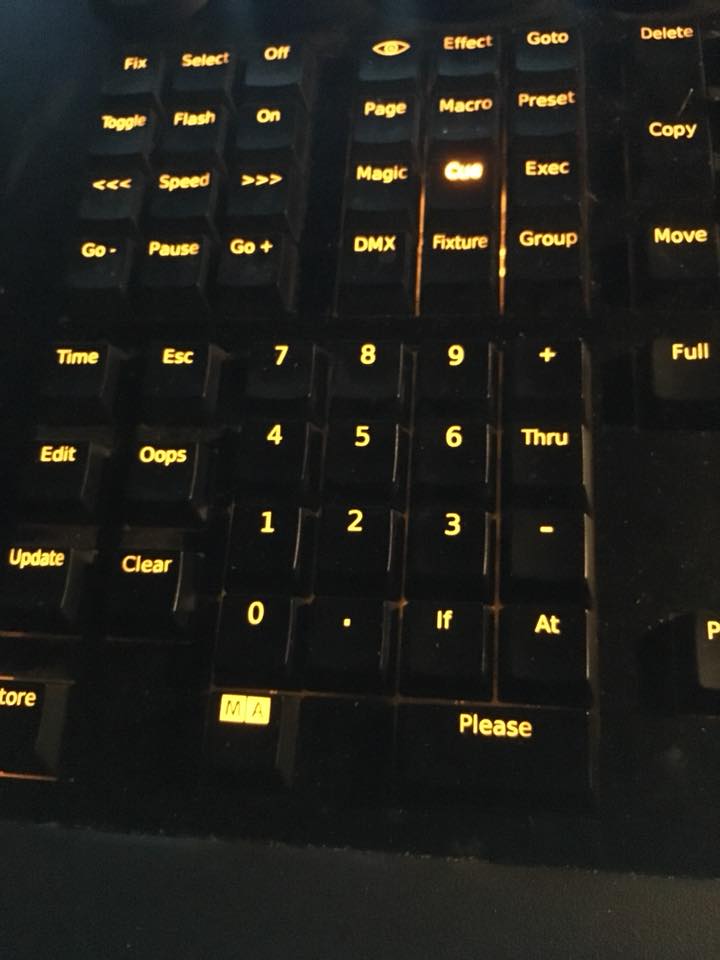 This post was originally published on August 19th, and was lost when I had to resort to a backup version of the website from something I evidently screwed up that day. Meanwhile, I've also realized now that there's an eyeball button near the top. As I was no longer near the board, several of us started guessing what it was. One stage manager ventured it was the Eye of Sauron button, and thus "Blind." According to a lighting friend who actually knows, it's the "View" button to be able to view info about things like channels or recall views on your touch screens. Now we know.