Until a couple years ago, if I saw a circle on a groundplan, let’s face it…I would cringe. Trying to make straight fabric-based spike tape turn into a beautiful curved line was pretty hard. In college, we used to have to do it with a paper-based spike tape, which thankfully I’ve never seen again in the professional world. Electrical tape can be a little easier to form curves, but it stretches and can get awkward as well.

Enter Ruth E. Kramer to the rescue. In January of 2017, she posted her method of taping a circle to the Facebook group for Equity Stage Managers*, and life has changed. With her permission, I share it with you now and also supply some visual aids:

To tape a circle, you need two people, a roll of spike tape, and a metal tape measure (the almost square kind that locks and has a flat bottom, enabling it to stand up by itself.) You also need the coordinates of the center point of the circle, and the length of the radius.

(Oh, the person in the center of the circle is also responsible for moral support, and must call out “What an amazing circle!” as often as they can!)

This technique is a one step process. No measuring multiple points, no attaching chalk to a string and then trying to get the string to be the correct length to draw the circle you will then still have to tape over.

During the New Harmony Theatre 2017 summer season, we discovered that it seems to work best to go clockwise around a circle. You can either pull or push as works easier for you, and it may depend upon your dominate hand (lefties might like counter-clockwise, perhaps). Definitely start upstage and away from where you’ll see it most, as your first quarter likely won’t be as strong as the end!

Just before the pandemic shutdown, I was able to teach Ruth’s method to the stage management students at Ithaca College. To understand how much better this system is, I first had them tape it out the “old” way, as some of them had done before, which involves either plotting a bunch of points directly off the groundplan OR, slightly better, to still use the radius method, but plot points or use chalk as Ruth mentioned. In the video below, that’s what you see as the inner circle.

Rico Froehlich was the first to try out the method, which made him cry out, “This is so cool!” (He’s assisted here by Brenna Comeau.)

Next, Elaina Kaehler tested the version of pulling the tape first, then pushing, to see which worked better for her.

Try it out yourself and see which direction you like better, and whether it depends on the number of people in your team. I'm also wondering if you can attempt to do this by yourself if you use a straight Stanley tape measure that has a hole in the end. You may be able to anchor the center of the circle by running some spike tape through that hole to the ground. Now that I think about it, I might also be able to do this with the anchors I use for my two-tape triangulation method. Perhaps I'll try that sometime.

You can find Ruth on Twitter (@ruthny), if you want to give her a thank you shoutout for sharing this method. I’m there too (@cue2_go). 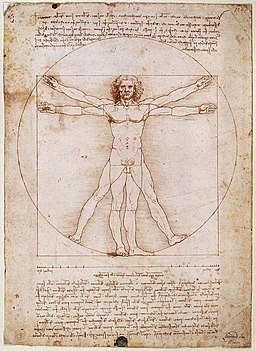 *EDIT/UPDATE: She also posted it for members on the Stage Managers' Association website in July of 2018.